Air Pollution: A Potential Risk Factor for Dementia and Other Cognitive Impairments

One of the major puzzles in dementia research is how much genetics or environmental factors are responsible for driving the development of Alzheimer's disease, the most common cause of dementia.

Genes play a role in Alzheimer's disease, but most of the time they do not fully determine who will develop it. Although some cases are linked directly to specific heritable genetic mutations that inevitably cause Alzheimer's disease, they account for roughly 1 percent of cases overall.

There are other genetic factors that do not guarantee that the carrier will get Alzheimer's disease, but greatly increase the risk for developing it. For example, carrying one copy of the alternative version of the APOE gene — specifically, the є4 allele (APOє4 allele) — increases the risk by two- to threefold; carrying two copies of the є4 allele increases the risk by twelvefold. Even still, roughly half of Alzheimer's disease patients do not carry this allele, and not all of its carriers will develop the disease. So although genes do play an important role in Alzheimer's disease, for most people genetic predispositions alone will not clearly determine if they will develop the disease. 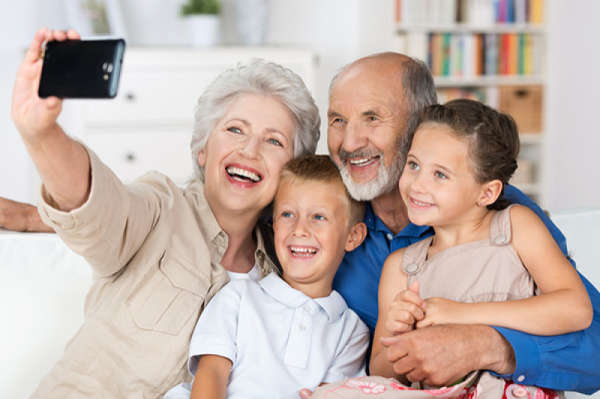 Environmental factors also affect Alzheimer's disease risk. Generally, these refer to almost any contributing factor that is not genetic, including nutrition, exercise, and social relationships. But research conducted over the past 10 to 15 years has provided pretty convincing evidence that the role of the natural environment — air quality in particular — may be a major contributor to dementia. Exposure to high levels of air pollution may wreak havoc on the brain and cognition in a way that bears an unsettling resemblance to the development of Alzheimer's disease.

Some of the most troubling studies connecting air pollution to Alzheimer's disease have come out of population studies in Mexico City. Perhaps as a consequence of squeezing more than 8 million people into less than 600 square miles, Mexico City has air pollution levels that far exceed the standards of the United States Environmental Protection Agency (EPA).

Many studies have compared the brains of Mexico City residents to control subjects who live in nearby cities with much lower populations and pollution. The findings show that, in addition to the respiratory issues that might be expected from exposure to airborne pollutants, even the children in Mexico City show devastating impairments in brain function in cognition. In fact, there is growing evidence that exposure to high levels of pollution leads to many of the same brain abnormalities that commonly occur in the progression of Alzheimer's disease and other dementias.

For example, adults and children in Mexico City show increased brain expression of beta-amyloid 42, a protein fragment that may contribute to the breakdown of neural communication early in the disease process in neurons and glia, the support cells of neurons. One study found beta-amyloid 42 in the frontal cortex and hippocampus — both of which are disproportionately affected during the course of Alzheimer's disease.

Later in Alzheimer's disease cases, beta-amyloid protein fragments clump together and form plaques outside of cells. Researchers have found that even young children exposed to high levels of pollution show amyloid plaques, as well as signs of the other major protein dysfunction that characterizes Alzheimer's disease: tangled clumps of the protein tau found within cell bodies. In one study, roughly half of the brains of children and young adults exposed to high levels of pollution had amyloid plaques and tau pathology. None of the brains from children and young adults in the control groups had either of these protein abnormalities.

Besides showing signs of the most classic features of Alzheimer's disease, children and adults of Mexico City also show many other brain abnormalities that are common features in a variety of neurodegenerative diseases. One report showed that children with exposure to high levels of air pollution have increased expression of markers of brain neuroinflammation and reduced volume in the temporal lobe and other brain regions that are also disproportionately affected in Alzheimer's disease.

Children exposed to high levels of air pollution also show signs of cognitive decline. The specific tasks used to measure cognition are varied, but they show many of the same impairments as Alzheimer's disease patients, such as digit span (memorizing a sequence of numbers) and vocabulary tasks. The underlying pathology (such as increased beta-amyloid 42 protein fragments) may build up for more than a decade before brain function is disrupted enough to be noticeable. The measurable cognitive impairments in children exposed to high pollution levels are particularly remarkable, and they suggest that the impact of the air pollution exposure is severe and fast-acting.

One of the most recent research reports provided more evidence that air pollution is contributing to the startling abnormalities found in Mexico City children. Microscopic examinations of brains from children exposed to high air pollution revealed that tiny odd-shaped particles — which were not biologically derived — were embedded inside the functional structures of neurons in the brain. Their presence suggests that the brain and cognitive dysfunction of children in Mexico City is not entirely due to nutrition or another common lifestyle factor unrelated to air pollution. (It should be noted that this finding does not rule out the possibility of a variety of unique factors, including nutrition, that could interact and possibly exacerbate the harmful effects of the air pollution. For example, the authors mention that the high crime rates in Mexico City may keep the children from playing outside. This reduces their exposure to the sun, which is necessary for adequate vitamin D absorption that supports normal brain function.

Importantly, the harmful effects of air pollution are found in populations in addition to the residents of Mexico City, corroborated by studies of this link between Alzheimer's disease and pollution. A study in Taiwan with more than 92,000 subjects found a dose-dependent relationship between how much air pollution levels increased in a particular region and the risk of residents within that region developing dementia. Specifically, with each 10.91 parts-per-billion increase in O3 (or ozone, a common measure of air pollution that results from traffic emissions and industrial waste), the risk of developing Alzheimer's disease increased more than 200 percent.

And in the United States a study focused on women found an association between exposure to high levels of air pollution and risk of both dementia from all causes (also referred to as all-cause dementia) and cognitive decline. These studies suggest that the negative effects of living in areas with high pollution have real-life consequences to cognition and dementia development in elderly populations.

Mouse Studies Show Cause and Effects

One experiment with mice that were made to express the APOє4[JT2] allele (the same one associated with increased risk in humans) showed that exposure to PM2.5 (a common measure of air pollution) for five hours a day three times a week had over 60 percent more amyloid plaques than the mice who were not exposed. These mice also showed cell death in the hippocampus, the brain region involved in forming memories and associated with learning and emotions, which is especially relevant to the pattern of brain cell death seen in humans with Alzheimer's disease.

Another study found that mice exposed to PM2.5 for 10 months also had impaired performance on cognitive tasks, in addition to signs of dysfunction in the hippocampus. Together, the results of experimental studies in mice and the associations found in human population studies provide fairly compelling evidence that exposure to air pollution could play a role in driving the protein abnormalities, cell death, and cognitive impairments involved in Alzheimer's disease.

Some Mechanisms of Air Pollution and Brain Dysfunction

These studies also raise interesting questions about how exactly air pollution might relate to Alzheimer's disease. An interesting question to explore is if air pollutants contribute to dementia development linearly, or if a certain threshold must be met before real and severe consequences on brain and cognition occur.

As researchers uncover more of the mediating mechanisms behind air pollution-induced brain dysfunction, it will be important to find out if any practical steps can be taken to help reduce harm from exposure. This is an especially important question for very young children, adults with dementia, and others who may not have an opportunity to move away from a region with high air pollution.

Many studies have also pointed to a synergistic role of air pollution with genetics and biological sex: Carriers of the APOEє4 allele and females show a unique vulnerability to the harmful effects of air pollution. Hopefully, gaining a better understanding of the mechanisms underlying the synergy of these factors will lead to the discovery of ways to protect people who are most at risk.

In the meantime, many online tools track local air pollutant levels. You can use this kind of information to take precautions that reduce your exposure when air pollution spikes, such as keeping your trips outside short and avoiding exercise outside. Daily lifestyle changes will also help lower air pollution levels in your community, such as carpooling and limiting your use of gas-powered lawn care equipment during the hottest hours of the day. Reducing and avoiding air pollution may be a long-term investment that your brain will thank you for.

The Challenges Of Younger-Onset Dementia 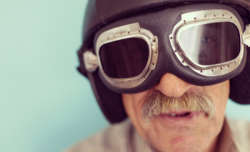